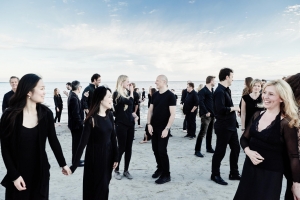 Founded by Paavo Järvi as the Pärnu Music Festival’s resident ensemble in 2011, the Estonian Festival Orchestra was something of a “local secret” up until recently but, with debuts at the Berlin Philharmonie, London Proms and Hamburg Elbphilharmonie in 2018, the ensemble is quickly establishing itself on the international scene and this Spring makes its debut tour with Paavo to Japan.

The long-dreamed-of ambition by Järvi to create a hand picked orchestra, bringing together the best of Estonian talent and leading musicians from around the world, has resulted in performances which The Arts Desk reviewed as “begging comparison with the elasticity of Abbado’s concerts with the Lucerne Festival Orchestra, which is as good as it can get”. The BBC Music Magazine added “There isn’t a hint of a hothouse environment on stage – these are simply musicians having the time of their lives, no small thanks to the inspiring Paavo Järvi himself.” Last but not least, Germany’s Frankfurter Allgemeine Zeitung commented “This is highly concentrated music making where all the details are worked out: the ping pong of accents between violins and horns, antiphons between the woodwind groups, targeted focus curves in the second violins. Nothing is sweeping, nothing sleepy and nothing washed away. | Visit Estonian Festival Orchestra’s website